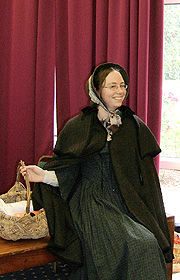 Have you ever tried reconstructing a geological cross-section from bread, cheese and Branston pickle? If not, you missed out on one of the many highlights of this year’s BSHS Annual Conference, hosted by the University of Kent. Seldom has the Society witnessed such intense levels of concentration, camaraderie and competitiveness. Delegates who had only just met cemented life-long working relationships with margarine; those who had worked together for years saw their colleagues, elbow deep in mayonnaise, in a new and curious light. Aside from its potential as a corporate team-building exercise, ‘edible geology’ is being championed by Emm Barnes as a new way to engage Key Stage 3 children with the history of science. Initial trials of the Bone Trail, a cross-curricular project designed by academics, educators and curators, are proving popular with children and teachers alike.

Education, public engagement and popularisation were themes central to many of the conference sessions. On Friday afternoon Graeme Gooday kicked off with a discussion of anthropomorphism in Charles R Gibson’s Autobiography of an electron (1911). Rebekah Higgitt followed with an assessment of womenís experiences of and contributions to early meetings of the British Association for the Advancement of Science. After coffee, Melanie Keene proved, through her inspired poetry reading, that John Millís Fossil Spirit (1854) is not dead. Meanwhile, Georgette Taylor discussed the rise of affinity theory as a pedagogical tool in the eighteenth-century chemistry.

While the focus of these papers was on the history of science communication, later sessions dealt with issues facing those trying to reach diverse public audiences today. Peter Fowler and Alison Henning shared their experiences of using history to teach science in schools, and Stephen Johnston discussed some of the challenges facing curators of ‘A Universal Geometry: the Astrolabe, East and West’, an exhibition and website at the Museum of the History of Science in Oxford. Shifting from objects to literature, the speakers in the ‘Futures Past’ session (Kate Hebblethwaite, Alice Jenkins, Alice Bell and Martin Willis) explored some of the outreach possibilities of popular science writing and science fiction. Film (David Kirby and Oliver Gaycken) and television (Tim Boon) were also explored, in connection with the role of expertise.

There was a strong international dimension to the conference, both in terms of participants and subject material. Visitors came from Europe, Israel, the United States and Australia. Papers covered a range of international themes. Chris Chilvers, Waqar Zaidi and Sarah Dry spoke in a session on ‘Internationalism, Expertise and War’. Jane Wess and Sabine Clarke explored different aspects of colonial science in Africa, while David Sepkoski, Oren Harman and Mark Borrello provided some transatlantic perspectives on Evolution, raising the question of whether there are distinct national styles of science. The navigation of science across the Atlantic featured again Aileen Fyfe’s paper on the distribution of Chambers’ Edinburgh Journal, part of a larger discussion of Victorian maritime history.

In addition to the formal proceedings the occasion was notable for its lively and stimulating social gatherings. The conference dinner was a highlight, with good food, plenty of wine, and an address by Frank James, the Society’s new President. Congratulations to Hasok Chang for winning the Slade Prize, and also to the winners of the edible geology prize (your sandwich may have been bigger than ours, but I still think ours was more philosophical). The only disappointment of the conference was the elusiveness of its most prestigious speaker. After an all-too-brief guest appearance, Mary Anning, ‘the greatest fossilist the world ever knew’, simply disappeared.

This report appears in the October 2006 edition of Viewpoint, the newsletter of the BSHS.