Update: James Delbourgo was announced as the winner of the 2019 Hughes Prize on 12th February 2020

The BSHS has unveiled the shortlist for its coveted Hughes Prize.

Five exceptional books will now be read by judges before the winner is revealed later this year.
Among those singled out is a publication which tells the opening of London’s British Museum through the story of the man who created it, and another which recalls the remarkable scientists who, over just a few decades, sped up the evolutionary process of thousands of years to replicate the transformation of wolves into dogs. The third publication provides insight into the history of personality testing, while another looks beyond the impact of Sir Isaac Newton to shine a light on renowned, and yet side-lined, natural philosophers Robert Hooke and Edmond Halley. The fifth publication details dramatic changes in the understanding of DNA through the lives of the people who made the discoveries.

Dr Jane Gregory, Chair of Judges, congratulated those who had been shortlisted for the BSHS Hughes Prize. She said:

The jurors very much enjoyed reading such a wide range of wonderful books about the history of science and selecting five outstanding books for our shortlist.

All of our shortlisted authors have applied skilful historical scholarship to producing accessible and fascinating stories that bring our scientific and technological heritage to life.

We hope many readers will enjoy them too.

James Delbourgo – Collecting the World: Hans Sloane and the Origins of the British Museum
Lee Alan Dugatkin and Lyudmila Trut – How to Tame a Fox (and Build a Dog)
Merve Emre – What’s your type?: The Strange History of Myers-Briggs and the Birth of Personality Testing
John Gribbin and Mary Gribbin – Out of the Shadow of a Giant: How Newton Stood on the Shoulders of Hooke and Halley
David Quammen – The Tangled Tree: A Radical New History of Life

The winner will be announced in October and awarded a £500 prize.

About the BSHS Hughes Prize

The BSHS Hughes Prize is awarded every two years to the best book in the history of science that is published in English and accessible to a general audience. It rewards books that bring scholarship to new readers by capturing the public imagination while conforming to the rigorous standards of academic research.

The BSHS Hughes Prize has this year been renamed from the Dingle Prize in memory of our much-loved late president Jeff Hughes. Dr Hughes, a renowned science historian at Manchester University, passed away last year following a serious illness which had forced him into retirement.

The previous winner of the BSHS Hughes Prize, Andrea Wulf, was recognised for her book The Invention of Nature, which revealed the extraordinary life of the visionary German naturalist Alexander von Humboldt, who predicted human-induced climate change. 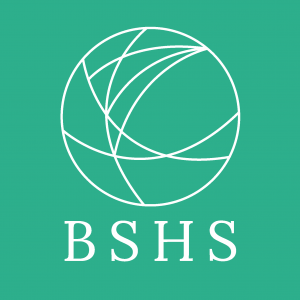