James Watt (1736-1819), the Scottish-born inventor, engineer, businessman and employer died on the 25 August 1819. The 200th anniversary of his death in 2019 provides an opportunity to revisit his personal and public life, relationships, context and legacy. By looking beyond his role in improving steam-engine technologies, this conference seeks to consider the diverse influences that shaped Watt’s experiences in Scotland and Birmingham. One underlying theme is to look at Watt the innovator in new ways and explore the idea of innovation at different times and in different localities – an issue that will be explored by a panel of historians and scientists. Other areas that papers might explore include:

We also encourage presentations which consider relevant archival, visual, printed or artefactual primary material. Watt is frequently conceived as a heroic genius, but the conference encourages papers that look critically at his work and impact and consider how others helped to shape his inventions.

This conference will bring together academics in different disciplines, including scientists and engineers – the Newcomen Society and Birmingham Centre for Railway Research and Education are involved –  as well as historians; heritage professionals working in archives, libraries and museums and researchers at all stages of their careers inside and outside universities.  Alongside the conference, there will be a major Watt exhibition at the Library of Birmingham and the oldest surviving Watt working steam engine, the Smethwick Engine, will be operating at Thinktank, Birmingham Science Museum.

David P. Miller (University of New South Wales), The Life and Legend of James Watt: Collaboration, Natural Philosophy and the Improvement of the Steam Engine (University of Pittsburgh Press)

Kate Croft (University of Birmingham), ‘Of Material Service to Him: Women in the Life of James Watt’

Stuart Hillmansen (University of Birmingham), ‘From Apples to Watts, Power and its meaning in the 21st century’

David P. Miller (University of New South Wales), ‘The Life and Legend of James Watt: Collaboration, Natural Philosophy and the Improvement of the Steam Engine’

Felix Schmid (University of Birmingham), ‘Steam power through the ages from aeolipiles to ship turbines’

They should be sent to Dr Malcolm Dick, Director, Centre for West Midlands History, School of History and Cultures, University of Birmingham, by 1 June 2019, as word attachments by email to [email protected] 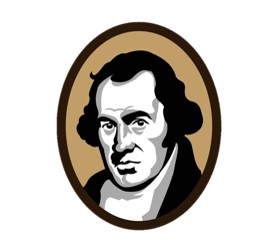