Death and the City

Death and the City 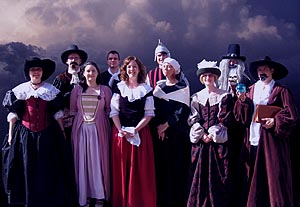 Death and the City cast

Death and the City is a roleplay exercise for young people aged 11 and older. Drawing on a real-life outbreak of plague in the city of York in 1631, the piece casts its audience in the role of city aldermen who interrogate a series of characters acted by volunteers. In doing so, they begin to uncover seventeenth-century attitudes to disease, medical practice, and the role of social standing and religion.

Death and the City was trialled at the BSHS Annual Conference in Manchester, June 2007, and has been performed in full at

For more information about Death and the City, or to express interest in arranging a presentation, please contact Sabine Clarke at [email protected].

Click to play video from the Wrexham event: (top to bottom) Parson Grimsworth inveighs against the godless luxuries of the citizenry; Dr Brightwell promotes his philosophical nostrums; the city aldermen face up to their dilemma

Script by Terence Banks and Sabine Clarke, with revisions and ad-libs from the cast