Every day thousands of New Yorkers pass by 463 West Street in Manhattan – head down, texting their friends, bobbing their head to the latest One Direction album (God forbid), or just taking in the scenery of the Meatpacking District – while completely unaware that some of the greatest scientific and technological achievements of the twentieth century (indeed, much of the technology in those smart phones and the communications networks that connect them) were pioneered and/or developed here at this inconspicuous building. 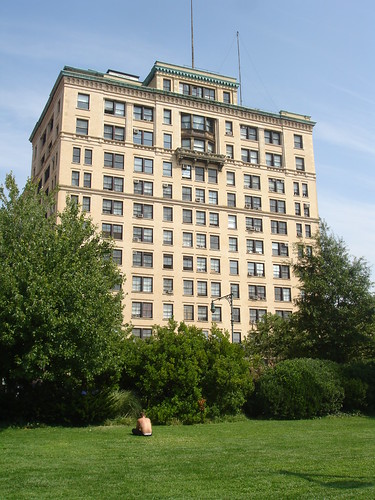 From 1898 to the mid 1940s this complex of buildings framed by West, Washington, Bank, and Bethune streets in Lower Manhattan housed the research department of the Western Electric Company (1898-1924), and later the Bell Telephone Laboratories (1925-1945) which was jointly owned by AT&T and Western Electric.

A straightforward list of the accomplishments of the researchers who worked here is impressive. Western Electric and Bell Labs researchers had a hand in developing everything from vacuum tubes, televisions, synchronized sound and motion pictures (‘talkies’), car telephones, and color television, as well as some of the first live video broadcasts, video telephones, encryption technologies during World War II, and, in 1939, one of the world’s first digital computers.

Furthermore, handling nearly 73 million phone calls per day during 1939 required one of the largest networks of interconnected technology ever assembled up to that point. So large that two Bell Labs researchers John Pierce and Claude Shannon referred to it adoringly as the largest and most complex machine ever built.

Researchers at Bell Labs had the freedom to focus on more than just designing better telephones, however. Their remit included just about anything across the broad spectrum of scientific fields that might eventually prove useful in the transmission, distribution, or storage of information.

One area where Bell Labs researchers made important advances was in the exploration of what would come to be known as solid-state physics. Throughout December 1947 John Bardeen, Walter Brattain, and William Shockley put the finishing touches on a device that utilized the properties of different metals to amplify and regulate the flow of electrical current. The ‘transistor’ as Shockley called it, was cheaper and more durable than vacuum tubes, and so thoroughly revolutionized electronics over the next few decades that it has been hailed as “the single most significant electronic invention of the era.”

Though their invention was finalized at the Bell Labs complex in Murray Hill, New Jersey, it was here at 463 West Street that Shockley first began contemplating a solid-state replacement for the vacuum tube, and it was here in the top-floor auditorium that the transistor was introduced to the world in June 1948.

Not only did the three share the Nobel Prize for Physics in 1956, but Bill Gates once quipped that in order to witness the momentous occasion, his “first stop on any time-travel expedition would be Bell Labs in December 1947.” High praise, indeed.

In addition to physical devices, Bell Labs researchers also developed some of the most important theories on communication of the twentieth century. In particular, in July 1948 while working at Bell Labs Claude Shannon effectively launched the Information Age with his article “A Mathematical Theory of Communication” – later hailed as the “Magna Carta of the Information Age” by Scientific American. In it Shannon argued that communication should be thought of in terms of ‘bits’ of information – the zeros and ones which have since defined the technologies and electronics industries. As Toby Berger has stated, it was one of the rare moments in history, “where somebody founded a field, stated all the major results, and proved most of them all pretty much at once.”

Shannon spent nearly six years working at the Bell Labs complex in Lower Manhattan where he developed many of the ideas he would publish in 1948. During these years he also worked on more mainstream ventures as well. In 1950 he created one of the world’s first ‘learning’ computers known affectionately as ‘Theseus Mouse’. In this video from AT&T, Shannon explains the significance of Theseus Mouse himself.

If you fancy a pilgrimage to 463 West Street, be sure to walk around to the east side of the complex where you can see another bit of New York history carved into the building. In 1931, the New York Central Railroad Company was granted an easement along Washington Street for an elevated freight railway. In the years prior the railway had run at street level leading to so many injuries and collisions that local residents nicknamed Washington Street, “Death Ave”. In an effort decrease the number of accidents the railroad hired men on horseback known as West Side Cowboys to escort the trains throughout their journey.

A ‘West Side Cowboy’ escorts a train down 10th Ave near 17th Street, circa 1930
Courtesy: Friends of the Highline

By the early 1930s railroad engineers had carved out the first floor of the building and run railroad tracks directly through the building. The increase in noise that accompanied the new railroad actually contributed to the relocation of Bell Labs to New Jersey. Apparently a de facto train depot does not a world-class laboratory make.

In 2002 the city of New York reclaimed a 1.45-mile-long section of this track and turned it into one of the most unique and expertly crafted city parks you’ll ever visit. After visiting the lab feel free to walk north to Gansevoort Street to experience the High Line for yourself.

AT&T ceased use of its complex at 463 West Street in December 1966. In 1967 Roger L. Stevens, first chairman of the National Endowment for the Arts proposed turning the buildings into affordable artist housing. Now known as Westbeth Artists Housing, the buildings offer affordable housing and work spaces for artists, as well as exhibition and performance spaces. Visitors are welcome to enter on 55 Bethune Street and look around to their heart’s content. 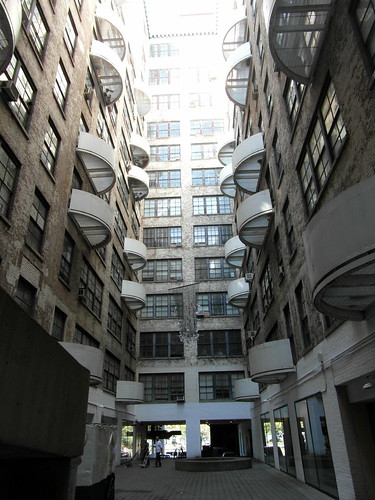 If on your journey to the building you should find yourself checking the score of the North London Derby, chatting with a friend halfway around the world, or frustratedly searching for directions, take a moment to contemplate the technology behind such a feat and the role researchers at 463 West Street played in making it all possible.