By Bill Griffith and John Hudson 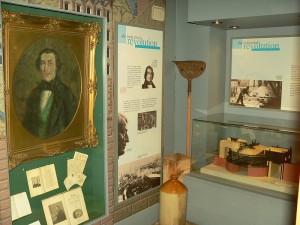 Lablanc Process from the historical gallery "Birth of an Industry" at Catalyst. Image courtesy of Catalyst Science Discovery Centre.

The Catalyst Science Discovery Centre is the only science and discovery centre in the country devoted to chemistry. It was opened on its current site in 1986 and is run by a charitable Trust. The building was originally built as offices for John Hutchinson’s alkali works (probably in 1862). After the absorption of Hutchinson’s by the United Alkali Company in 1891 the building was leased in 1893 (and then subsequently sold in 1898) to Barnett Dutton, Auctioneers of Widnes, later becoming part of the Gossage soap works, founded by William Gossage (1799-1877) in 1908. Finally, with the rest of the Gossage estate, it was acquired by Imperial Chemical Industries, Ltd., on 5th October, 1948, and adapted for use as laboratories. After it closed in 1961 the Gossage Building was used by several companies including Hughes and Treleaven, who were the last owner before Catalyst was established.

There are five floors. The ground floor contains a reasonably priced, comfortable café, and a large exhibition area of mainly interactive exhibits on a wide range of topics and materials, e.g. soaps, dyestuffs, autocatalysts, photovoltaic cells, batteries etc. There is a Periodic Table near the entrance where there is still space to sponsor your own element. On the first floor there are two lecture theatres and a working laboratory where no less than 900 presentations of chemical experiments were conducted last year. Various chemical processes are covered here too in the well-lit and well-arranged galleries, e.g. on the Leblanc, Solvay, Castner-Kellner and other processes; materials such as penicillin, DDT, polythene, halothane (discovered in 1951 in the nearby ICI Widnes lab.) etc. are shown. On the second floor there are exhibits on plastics. Don’t miss the top floor called the Observatory: this glass-covered structure gives magnificent, panoramic 3600 views of the surrounding Merseyside area, most of which had housed some of the world’s largest chemical industry (ICI and other firms); some are still there of course, much has gone.

Catalyst was awarded a Royal Society of Chemistry blue plaque in October 2011 to commemorate the 1951 synthesis and subsequent commercial development and use of halothane, the first inhalation anaesthetic designed by chemists. Halothane was nominated for a plaque by the RSC Liverpool Local Section, and the Historical Group was represented at the presentation by Bill Griffith and John Hudson. The ICI General Chemicals Widnes Research Laboratory, where the synthesis was achieved, has since been demolished, so the plaque was placed on the nearby Catalyst Centre, which occupies the site of the former ICI Tower laboratory. Catalyst now has a permanent display relating to halothane, and is also the repository of the ICI General Chemical Archive which contains the original documentation relating to halothane. One particular highlight is a the series of chemical demonstrations given to children belonging to the very popular Catalyst Saturday Science Club and their parents. 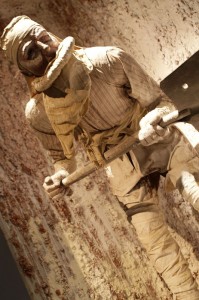 The proceedings commenced with a welcome from Dr Jenny Clucas, a Trustee of Catalyst. She outlined the role of Catalyst, which is the only science discovery centre in the country devoted to chemistry, as well as being a museum of the chemical industry. There then followed a presentation by Professor Colin Suckling, son of Dr Charles Suckling who led the team which synthesised and developed halothane. Several other members of the family were present, but Professor Suckling reported that sadly his father was too infirm to be at the event but was extremely proud that he and his team were being honoured in this way.

Professor Suckling briefly outlined the history of anaesthetics. He referred to the fact that the first attempt to establish the scientific basis of anaesthesia had been made by Dr John Snow in the nineteenth century, and that in 2008 the RSC had erected a Landmark Plaque to Snow to commemorate his demonstration of the mode of transmission of cholera. The halothane story commenced when Dr John Ferguson, ICI Head of Research, suggested to Charles Suckling that he investigate a range of fluorinated hydrocarbons as possible anaesthetic agents. The most widely used compounds at the time were chloroform, diethyl ether, nitrous oxide, and cyclopropane. The ICI research resulted in the compound 2-bromo-2-chloro-1,1,1-trifluoroethane, which was found to be far superior to the anaesthetics then in use. It was safer, non-inflammable, and had a relatively low toxicity. Known as halothane, and trademarked as Fluothane, it was used worldwide in millions of operations between 1956 and the 1990s. It still finds some application in the third world, although it has largely been superseded by halogenated ethers such as enfluane and isofluane. 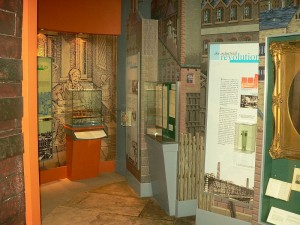 Professor Paul O’Brien, Vice-President of the RSC and Professor of Inorganic Materials at Manchester University, then spoke about the Landmark Plaque scheme. He pointed out that the scheme helps to bring to the attention of the general public the role that chemistry has played, and continues to play, in advancing human wellbeing. The RSC normally erects three or four plaques per year, but a larger number will be unveiled in 2011, the International Year of Chemistry. Halothane was a perfect subject for a plaque, and Catalyst was the ideal location for it. He then presented the plaque to Jenny Clucas. The wording on the plaque reads:

ICI General Chemicals Widnes Research Laboratory in recognition of the outstanding scientific contribution made by Charles Suckling and others, close to this site in 1951, in the synthesis and subsequent commercial development of halothane, the word’s first synthetic inhalation anaesthetic. 22 October 2011.

A visit to Catalyst is highly recommended. 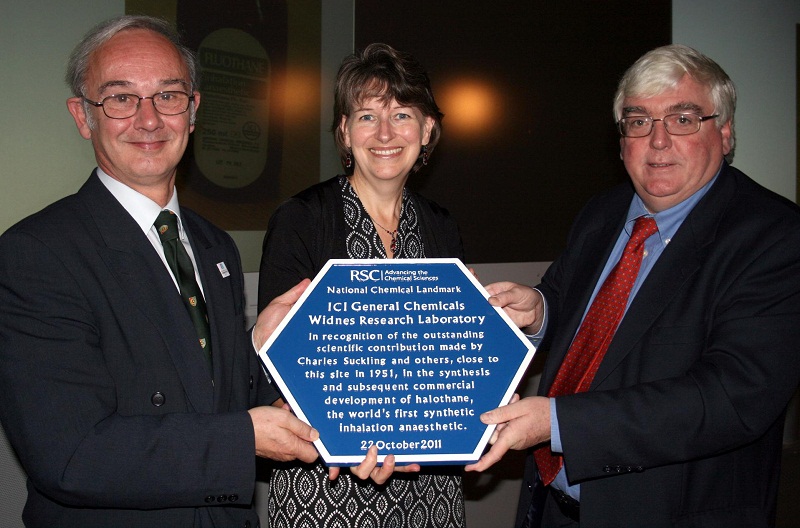 Address: The Catalyst Science Discovery Centre (or ‘Catalyst’ as it is simply called on the building) is on Mersey Road, Widnes, Cheshire, WA8 0DF

Opening Hours: 1000-1700 on Tuesdays to Fridays and from 1000-1700 on Saturdays and Sundays; closed on Mondays (except during local school holidays).

There is an admission charge.