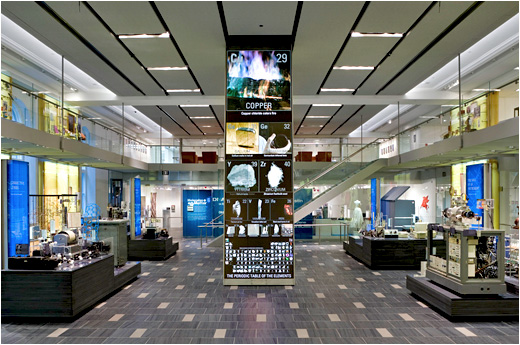 The Chemical Heritage Foundation has evolved from the Center for the History of Chemistry which was established in 1982 as a joint project of the University of Pennsylvania and the American Chemical Society. It has developed independently since 1987 and it assumed its present name in 1992. The guiding force of the organisation up to 2007 was the historian of chemistry, Arnold Thackray; the current President is Tom Tritton. The CHF occupies a substantial former bank and adjacent buildings in the historical area of Philadelphia (contiguous to the site of Benjamin Franklin’s house, which was destroyed in 1812). The CHF offers resources to science historians, and it awards a number of fellowships annually. It has a massive library of more than 100,000 volumes (the catalogue can be accessed on-line), archival and graphic collections and a major resource of historical chemical instruments. A group which conducts research into contemporary chemical science policy oversees the production of oral histories, of which there are now more than 425. The CHF issues a magazine three times a year, Chemical Heritage, and it publishes monographs in

There are few really significant displays of the history of chemistry to be seen anywhere in the world. The CHF’s Masao Horiba Gallery is one of the few, and it is amongst the most recent. Its importance is based on a coherent and systematic collecting policy, and intelligent displays which are addressed primarily to thinking adults. As the development of the CHF’s museum activity only started rather recently, the strength of the collection lies in the period since the Second World War. Expert advice to the CHF has been provided by a group of distinguished chemists, meeting twice a year, who themselves were involved in the development and use of analytical instrumentation. Dedicated curators on the staff arrange to collect, conserve and store items which are identified as being desirable for the collection. It was they who developed the current permanent gallery, opened in 2008, named ‘Making Modernity’. There is additionally a small gallery for changing exhibitions.

The displays are strongly object-based and deal with challenging topics. The main hall includes islands of objects which are concerned with instrumentation and how measurements are used to illuminate chemical problems. Around the edge of this gallery are displays showing earlier techniques and some of the novel products developed by chemists, such as dyes and synthetic materials. Dominating the space is the very large Video Column which is an innovative and thrilling form of presenting the chemical elements, indicating what their properties are by means of short film clips. Above the main hall, and adjacent to an excellent modern conference centre, runs a gallery with cases presenting displays about chemists and themes. The CHF possesses a collection of portraits, including particularly fine examples of Robert Boyle, Joseph Priestley (who spent the last ten years of his life in Pennsylvania) and Joseph Louis Gay-Lussac. One of the themes concerns young people’s chemistry sets and teaching more generally. The display was developed with the design input of the well-known New York firm of Ralph Appelbaum Associates, and for those who know about such things, the presentation bears their strong signature. An extremely important group of seventeenth and eighteenth century paintings which are displayed (but not in the area to which the general public is admitted) offer representations of alchemists in their laboratories (see Lawrence M Principe and Lloyd DeWitt Transmutations: Alchemy in Art (CHF: Philadelphia, 2002)).

Chemistry displays in museums are particularly difficult to develop. Conceptually, the subject is difficult for most visitors. The objects themselves may be important, but that does not make them visually compelling. It is all too easy to end up with a ‘book on a wall’ type of display which offers verbal explanation, but little else. The CHF has been aware of the problems and the dangers which lurk. A visit for science historians is highly recommended (it has to be admitted that the author of this piece was involved in the establishment of ‘Making Modernity’), in part to act as a focus for discussion of the public presentation of recent science history. A particularly interesting comparison is with the Museum of the Royal Institution, London, which was developed at more or less the same time.