By John A Hudson 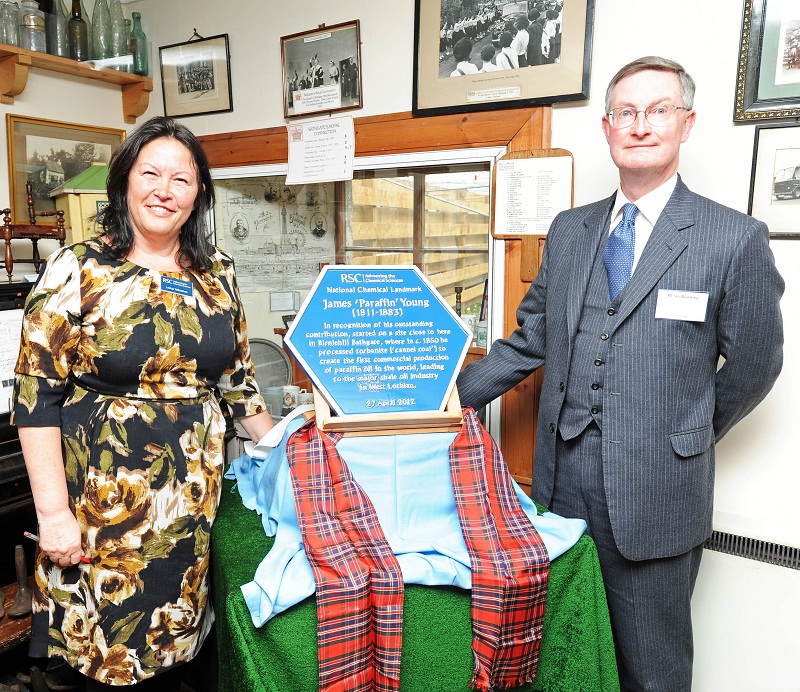 This plaque will draw to public attention an individual who was responsible for starting a major chemical industry in West Lothian, but who hitherto has had no memorial in the conventional sense. However, anyone who visits the region to the west of Edinburgh cannot fail to miss the huge heaps of a pinkish colour known as “bings”. These are the physical remains of the shale oil industry started over 160 years ago by James Young.

Young was born to a cabinet maker in Glasgow, and after a rudimentary education he initially worked for his father. At the age of 19 he enrolled on evening classes at Anderson’s University where he came to the attention of the Professor of Chemistry, Thomas Graham, later to become the first President of the Chemical Society. By 1834 he was lecturing for Graham, and in 1837 he moved to London to join Graham at University College. By 1838 he was employed by James Muspratt at his chemical works in Newton le Willows, and in 1844 he was manager of the chemical works of Tennant, Clow & Co. in Manchester. It was while there that a former fellow student at Anderson’s, Lyon Playfair, told him about a spring of petroleum yielding 300 gallons per day at a colliery in Derbyshire. Young was soon refining the oil. At first the most important product was spindle oil to lubricate the machinery of the cotton mills of Manchester.

Young erroneously thought that the oil had been produced from coal by a natural underground distillation process, so he started to experiment in the production of oil by heating various coals and shales. He discovered that the best material to use was torbanite or cannel coal, found near Bathgate, which is so rich in oil that a pointed stick of it will act as a candle (the name “cannel” comes from the Gaelic “conneal” meaning candle). Young patented his distillation process in 1850, and opened his oilworks near Bathgate soon afterwards.

The industry flourished, but the torbanite was soon near exhaustion, so the local shale was mined instead. Although this was not so rich in oil, it was much more plentiful. Other companies were established to obtain oil from the mined shale, and Young was forced to defend his patent rights on a number of occasions. Soon after the patent expired in 1864 there was a boom in the industry, and by 1870 there were 97 firms processing oil shale in the area. Young retired at that time a very wealthy man. He devoted his remaining years to science, leisure and philanthropy. His philanthropic activities included endowing at Anderson’s University the Young chair of technical chemistry which still continues at the University of Strathclyde. He also financed two of the expeditions to Africa of David Livingstone (another former fellow student at Anderson’s), and he erected statues to Livingstone and Thomas Graham in Glasgow. He served as Vice-President of the Chemical Society from 1879-1881.

Eventually the industry supported some 40,000 people in the area, and the crude oil obtained in the primary distillation was being further refined into a wide variety of products including, in the early 20th century, motor spirit. After World War I the importation of oil from overseas made shale oil uneconomic, and although the industry enjoyed a revival during World War II, the final works closed in 1962.

The unveiling ceremony commenced with an introduction by Malcolm Simpson, Chair of the Bennie Museum, which houses an interesting local collection. We then heard a presentation on James Young from Dr Robin Chesters, Director of the Almond Valley Heritage Trust. Professor Lesley Yellowlees, RSC President-Elect, then spoke about the Chemical landmark Scheme and we also heard from Ian Blackley, a retired diplomat, who is a great-great-grandson of James Young. Then followed the unveiling of the plaque, on which the wording reads:

In recognition of his outstanding contribution, started on a site close to here in Birniehill Bathgate, where in c. 1850 he processed torbanite (‘cannel coal’) to create the first commercial production of paraffin oil in the world, leading to the major shale oil industry in West Lothian.

The event was attended by teachers and pupils from two local schools (the James Young High School and Bathgate Academy). Also present was Graeme Morrice, MP for the Livingston Constituency, which includes Young’s house and the sites of some of his later works. It was a pleasure to represent the Royal Society of Chemistry Historical Group at this event, ably organised (as always) by Pauline Meakins. And it is nice to know that Young now has not only bings as his memorial, but a handsome plaque.

Postscript: Shortly after it was unveiled the plaque was stolen, apparently by scrap metal thieves. Luckily it was later recovered undamaged, but at the time of writing no decision has been reached as to where it should be re-sited. 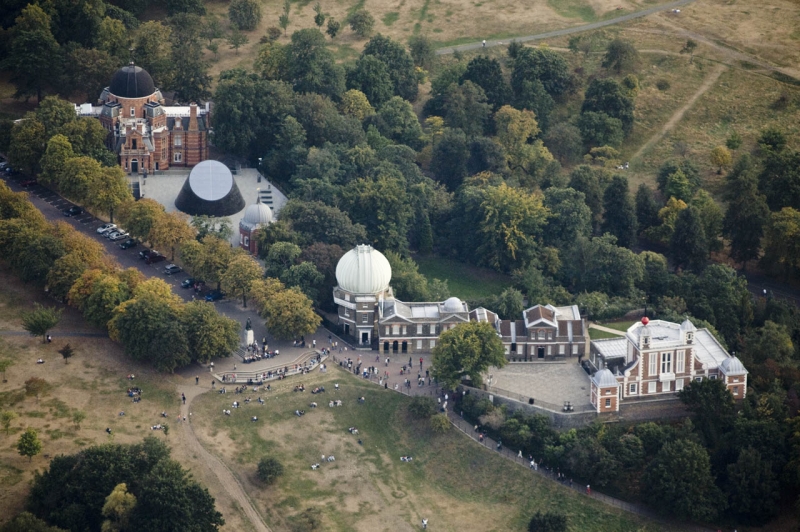