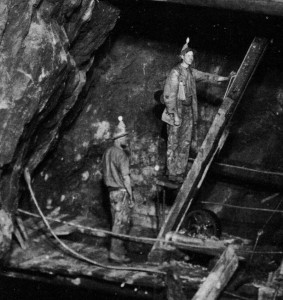 Despite being at one far-flung corner of the British Isles, in the eighteenth century the county of Cornwall found itself at the centre (or at least at one centre) of processes that would irrevocably alter British life and Britain’s landscapes: industrialisation. The mining of tin and copper had been undertaken in Cornwall as far back as the Bronze Age, although the practice remained largely unchanged up to the eighteenth century. However, the introduction of the use of gunpowder in the 1690s helped with the sinking of shafts and the driving of levels. Thomas Newcomen’s ‘fire engine’ promised to assist in the problem of flooding in the 1710s but the cost of running the engine proved so prohibitive that by 1740 there were only three of his steam pumps at work in the county.

Improvements were made to the draining of mines using longer and more efficient adits, which were near-horizontal tunnels that allowed water to drain out of the mine by gravity. The situation was improved further in 1777 when James Watt came to Cornwall to supervise the erection of one of his engines at Ting Tang mine in Gwennap, near Redruth. His engines incorporated a separate condenser and easily drained the water that two of the older engines had failed to do and used a quarter of the fuel in the process. This lowered the cost of extracting the copper and helped Cornish miners to compete with cheap Welsh ore. Further advances were made in the construction of these engines by the likes of Jonathan Hornblower and Richard Trevithick. By 1800 Watt’s patent came to an end and with it the burden of royalties and restrictions on innovation. Trevithick built his high-pressure engine and enabled Cornwall’s mines to sink to extraordinary depths and helped the county to become the biggest copper producing region in the world. The demand for tin-plate in the British domestic market in 1800 also fed a tin boom in the nineteenth century, and served as a ready alternative when copper deposits began to run out by mid-century. 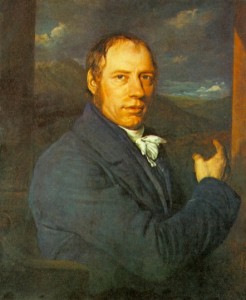 The impacts of mining were wide-ranging and felt by all in the county in some way. The population of Cornwall almost doubled, while towns expanded and ports became crowded with ships with orders from around the world. A local manufacturing industry developed in line with the enormous increase in demand for engines and machinery, which led to the establishment of major iron foundries near the mining centres, such as Harvey’s of Hayle and the Perran Foundry at Perranarworthal, near Truro. Transport and communications improved beyond recognition.

The profits that could be made from mining in Cornwall in the eighteenth and nineteenth centuries generated vast new wealth for entrepreneurs and added to that of the old landed families. There were also numerous examples of more modest Cornish families who made their fortune through mining and ancillary industries. While the industrial revolution generated vast wealth for a few, it brought misery to many. With an abundant supply of labour, wages for those employed in mining and industry were pitifully low. Families had to work long hours in almost insufferable conditions when they were malnourished and permanently exposed to disease, polluted environments and hazardous conditions. Unsurprisingly, the gentry lived in constant fear of insurrection as violent protests against living conditions and the price of food were routine. In between the very rich and the very poor, industrialisation helped to create a burgeoning middle class in Cornwall, whose professions were supported, either directly or indirectly, by the influx of capital into the county. It was this eclectic socio-economic group that helped to reshape a Cornish identity rooted in urban industrial prowess, which was added to a longer-held rural identity based on the landed gentry.

Cornwall’s mining and manufacturing industries played a large part in the establishment of scientific societies in the county. The Royal Geological Society of Cornwall, formed in Penzance in 1814, was in fact only the second geological society to be established in Britain, after the Geological Society of London. It was a socially elitist society and many of its leading members were connected to mining, either as landowners or industrialists. The Society opened the first scientific museum in the county, which displayed its impressive collection of minerals, both local and foreign. Cornwall’s second scientific society, the Royal Institution of Cornwall, also invested heavily in the sciences related to mining. It housed Philip Rashleigh’s remarkable collection of minerals, and still does today. The museum is on River Street in Truro. The Institution also developed an educational programme for miners and mining engineers. In 1888 the Camborne School of Mines was established and acted as an important training centre for the region’s miners, although by then Cornwall’s supplies of copper and tin were in decline and many Cornish miners were leaving the county to seek their fortune overseas. The decline and the exodus continued into the twentieth century and was complete by the end of the century. South Crofty was the last Cornish metalliferous mine to close, in March 1998. Cornwall was devastated by the collapse of the industry, both socially and economically. However, its fortunes have improved recently with the Cornwall and West Devon Mining Landscape being granted UNESCO World Heritage status in 2006.