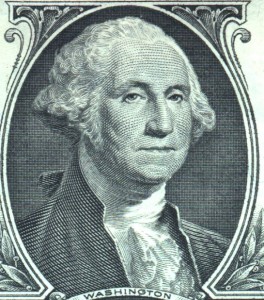 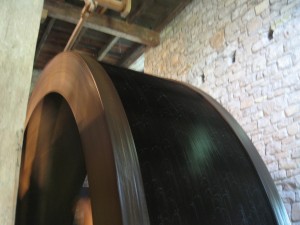 The large water wheel that is the single source of power for the entire Evans System, as it is installed at Mount Vernon. (Photo by Thad Parsons) 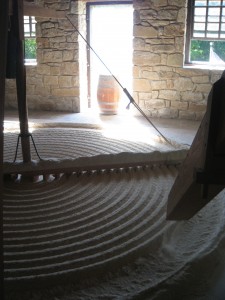 The automated cooling system on the top floor of the Gristmill. The flour is deposited by the grain elevator at the outside and is gradually moved toward the center by the sweeping arm. At the center is a hole that leads to the flour grading machine on the level below. (Photo by Thad Parsons)