The British Meteorological Office was originally set up under Robert Fitzroy, ex-captain of HMS Beagle, as a service to mariners. After a disastrous storm in 1859 he established a network of fifteen coastal stations which gave warnings of approaching storms, and this eventually led to the daily shipping forecast. Developments in electric telegraphy and the expansion of the observational network meant that regular weather forecasts could be provided for the general public. Their most crucial forecast was that for D-Day. Weather forecasts still play a vital role in the success of military operations and provide essential information for the RAF and so the Met Office is an executive agency of the Ministry of Defence. More recently it has started to give warnings about weather conditions which may affect people’s health and uses Doppler radar to warn of the likelihood of floods. In 2003 the Met Office moved from Bracknell to Exeter, where the Hadley Centre is devoted to climate prediction and research. A network of official climate stations 40km apart continues to provide daily observations.

The Met Office headquarters contain a library, open to everyone, and a display of meteorological equipment. Half a mile away, the National Meteorological Archive shares premises with the Devon Record Office. It holds a number of rare books on meteorology on behalf of the Royal Meteorological Society. These include a 1282 manuscript of Albert Magnus’ book De Negotio Naturali, a sixteenth century copy of Aristotle’s Meteorologica, some of Robert Boyle’s published work and Daniel Defoe’s description of the Great Storm of 1703. Their archive includes many private weather diaries made by enthusiastic amateurs, dating back to 1730 as well as descriptions and illustrations of extreme weather conditions, including ball lightning. 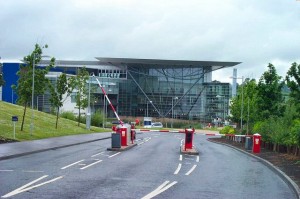 They have numerous weather logs made by both merchant and naval ships all over the world. These include Beaufort’s first use of the wind scale now bearing his name, and some from historic voyages to the Antarctic. They hold a great many climate returns and registers of meteorological observations as well as autographic records for approximately 1,000 sites dating back to the mid-nineteenth century. They also have a selection of historic images featuring old equipment, observers and observation sites. The archive can be used by academics and members of the public but it is advisable to book in advance and read fact sheet 12 on their website (see below).

Directions: Their headquarters are close to Junction 29 of the M5 as it passes Exeter. Come off the motorway and drive in the direction of the City Centre. Almost immediately you will soon see directions to turn right at a set of traffic lights. To visit the archives turn left at the same traffic lights in the direction of Sowton Industrial Estate. Take the first turning right into Kestrel Way and keep turning right until you reach Great Moor House. Exeter St David’s mainline train station is on the opposite side of the city and although the journey can be done by taking two buses, it will take more than half an hour.

Bill Douglas Centre for the History of Cinema and Popular Culture, Exeter, England