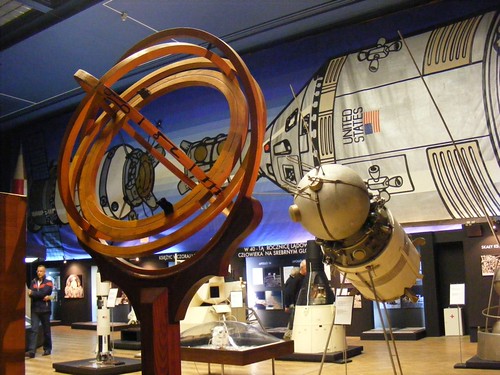 The formidable and controversial Palace of Culture and Science – a gift from Stalin to the people of Warsaw – looms over the city as a reminder of the soviet era. Within the building is a viewing gallery, lots of conference space and the subject of this entry, the Muzeum Techniki. One benefit of the enormous building is that it makes finding Warsaw’s technical museum pretty easy. 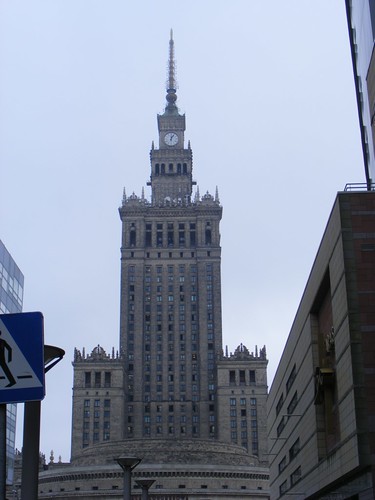 Stalin’s gift to Warsaw, the Palace of Culture and Science houses the Muzeum Techniki.

The museum is spread over three floors and houses historic technology collections including transport, mining, communication, computing and cosmology. There is also a temporary exhibition space where the display regularly changes. The displays are traditional and do not benefit from modern digital interpretation techniques. Indeed the whole experience is in very stark contrast to Warsaw’s most highly lauded museum, the Chopin Museum, which recently reopened with high levels of digital and interactive display. However, what the Muzeum Techniki lacks in elaborate display techniques it more than makes up for in rich displays of objects.

One of the strongest collections on display is of mechanical music technologies, perhaps this is not surprising as many leading manufacturers were based in Central Europe. Music boxes, self playing pianos and other musical treats are on open display for visitors to explore. 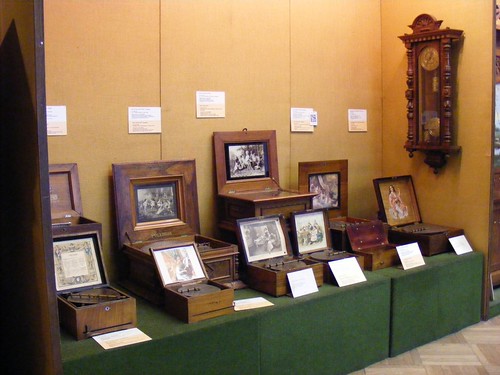 The mechanical music collection is one of the strengths of the Muzeum Techniki.

Other strengths are the computing collection, which includes early Polish computers and Poland’s first differential analyser, as well as some examples of soviet computing. There is also an extensive communications collection that includes Polish manufactured equipment as well as plentiful examples from better known manufacturers, particularly those in neighbouring Germany.

One room which is a little less densely populated with objects and housing very few original artefacts is the space gallery. Nicolaus Copernicus is one of Poland’s national heroes, and his cosmological work is presented in juxtaposition with high quality models of technologies from the soviet space programme. Copies of Copernicus’s equipment are displayed alongside some archive material and text panels (in Polish) that describe the cosmological system he proposed. Visitors can round off their exploration of space with a short planetarium show. 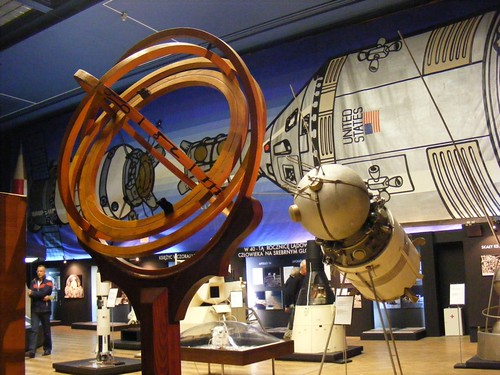 Copies of instruments used by Copernicus sit alongside displays about space exploration.

Visitors who don’t speak Polish will find a limited amount of labelling available in English, but interpretation is generally is in short supply even for Polish speakers. For visitors who want more information there are tour guides available for a fee, and it is possible to arrange an English language tour. For those who already have an interest in the history of technology the displays are rich and varied enough to be engaging. However, visitors with little or no background knowledge are likely to struggle to make sense of the enormous numbers of objects they are faced with. Despite that caveat, the Muzeum Techniki is well worth a visit, not least as an insightful contrast to other contemporary museum displays that make extensive use of digital and interactive technologies to interpret the history of science and technology.

Other local points of interest

Marie Skłodowska-Curie Museum – this museum is very light on objects, but rich in images and text about Marie Curie’s life and particularly her early life in Warsaw. The Museum is housed in Curie’s former home in Warsaw’s New Town.

Copernicus Science Centre –  the science centre opened in 2010 and amongst other things aims to explain the science behind Copernicus’s work.