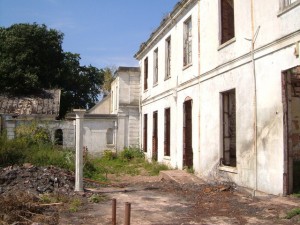 Poltimore House, near Exeter, is one of the most fascinating historic estates in the South West of England and is of particular interest for visitors keen to learn more about medical history. The site on which Poltimore House stands has been populated since the 1000s. The original Tudor mansion – elements of which are still visible in Poltimore House today – was first erected in the 1550s and belonged to the Bampfylde family for five centuries. In 1921, after the house had been extended and modernised repeatedly, the private residence was turned into a girl’s school, Poltimore College. During the Second World War, it housed the boys of Dover College, Kent, who had been evacuated to Devon.