Anyone interested in the history of communication is truly spoilt for places to visit in the Cornwall. It’s got sites covering a wide range of technologies from semaphores (Lloyd’s Signal Station) and cable telegraphy (Porthcurno Telegraph Museum) to wireless (the Marconi Centre and Lizard Wireless Station) and satellite communication (Goonhilly). Most are relatively straightforward to access by public transport but do take into account long journey times: buses are not as frequent as you might expect and they often take very circuitous routes!

If you have to visit just one place, make it Porthcurno, three miles from Land’s End. It’s the only working submarine cable station in the world and also holds an enormous collection of instruments, artefacts and archival materials relating to the history of submarine cable telegraphy from the 1850s to the present day. Visit the museum and you’ll be able to see electromechanical and electronic apparatus whirring and clicking as smoothly as they did in the 1920s and ‘30s. Most are operated and lovingly maintained by former engineers of Cable and Wireless – the firm that for much of the twentieth century used the museum buildings as a cable station and training college. You should also wander round the museum’s ‘Nerve Centre of Empire’ exhibition to explore the lives and places of the men and women who helped keep Britain’s imperial telegraphic system running. And don’t forget the underground tunnels built in the Second World War to safeguard the crucial British imperial telegraphic network against enemy attack. The museum is open seven days a week, 10am-5pm. For directions and further details see http://www.porthcurno.org.uk/index.php. 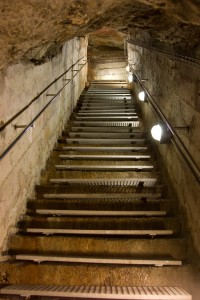 You can’t understand the development of cable telegraphy in the twentieth century without wireless. Maybe after visiting Porthcurno, take a trip around the coast to the Marconi Centre, on the Lizard. Run by the National Trust and the Poldhu Amateur Radio Club, it’s located on the site where Marconi’s first transatlantic wireless messages were transmitted in December 1901. The museum boasts a splendid collection of early wireless equipment, some excellent audio-visual material, and a hugely knowledgeable staff. Don’t forget to take a look at the nearby remains of the transmitting station and the memorial marking Marconi’s transatlantic achievement. The museum has rather restricted opening hours: during July it’s open on Wednesdays, Thursdays and Sundays 1.30-4.30pm, and Fridays 7-9pm. It’s best to ring 01326-241656 to arrange a visit. For directions and further details see http://marconi-centre-poldhu.org.uk.

Not far from the Marconi Centre is another Marconi site owned by the National Trust: the Lizard Wireless Station. This is the original wooden building in which Marconi and his colleagues conducted experiments. The museum displays replicas of the induction coil, spark-gap, Morse key and other equipment used by Marconi, and also houses an amateur radio station. For opening hours ring 01326-561407, and for further details see http://www.lizardwireless.org/.