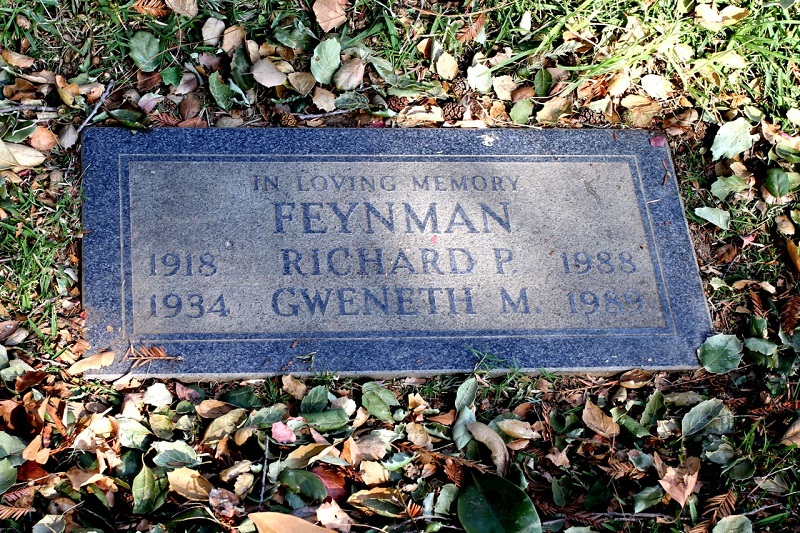 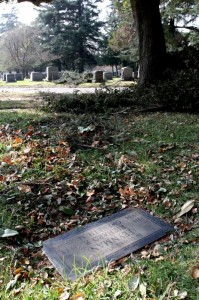 This last December, I paid my respects at the grave of physicist Richard Feynman, interred with his wife Gweneth at the Mountain View Cemetery in Altadena, California.  Feynman died of cancer in 1988 and his wife died the following year.

The grave is marked by a very simple plaque, which my wife and I would never have found without the help of the cemetery staff.  Even then, until we brushed it off, the plaque was barely visible among the leaves and twigs –  fallout from the Santa ana winds that have just ripped through the region.

Today was calm and sunny though, and the cemetery is a beautiful spot to find yourself.  Lots of trees with birds and squirrels running about, the whole overlooked by the San Gabriel Mountains and Mount Wilson (of 100 inch telescope fame). 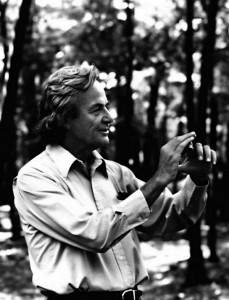 Feynman researched and taught as Professor of Physics at the nearby California Institute of Technology in Pasadena from 1950 until his death.

If you don’t know about Richard Feynman, I recommend in addition to his Wikipedia  page you check out the biographies Genius

by James Gleick, and Quantum Man

and the BBC Horizon ‘No Ordinary Genius’: