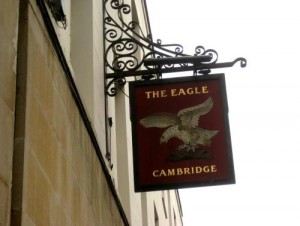 In 1952 Rosalind Franklin stared down upon her successful X-ray crystallography photo of DNA, unveiling for the first time the molecule’s double-helix structure. Franklin’s photo, the infamous Photography 51, quickly found itself in the hands of her colleague Maurice Wilkins, who passed it on to James Watson and Francis Crick. Unaware of this ‘sharing’ of the image, Franklin would support and applaud the pair when they announced their discovery of the structure of DNA in the Eagle pub in Cambridge. Dying at 37 from ovarian cancer, Franklin’s legacy has always been left out of the pub and out of that important moment of discovery – until now. Newnham Fellow and Senior Lecturer in the Department of Geography, Dr Emma Mawdsley, together with local resident Norman Sanders organised a new plaque that joined the already existing one commemorating the men in 2013. It was unveiled on the sixtieth anniversary of Francis Crick and James Watson’s announcement. The new plaque thereby makes for an existing point of departure for any historian interested in Franklin, the DNA story or, indeed, the history of female scientists in the UK.

A 15 minute walk from the Eagle pub across the river and onto Sidgwick Avenue will lead you to the bustling female college of Newnham, where Franklin came to study chemistry in 1938. A bust by the sculptor Howard Bate and a postgraduate hall commemorates her memory on site, and at the Genome Centre a lecture theatre has recently been given her name. For anyone particularly interested it is worth making an appointment with Newnham College Archives to see and hold the wartime letters written from Franklin to her parents. These are moving and insightful writings that create a very different image of the woman than the one Watson and Crick painted of her as difficult and harsh. 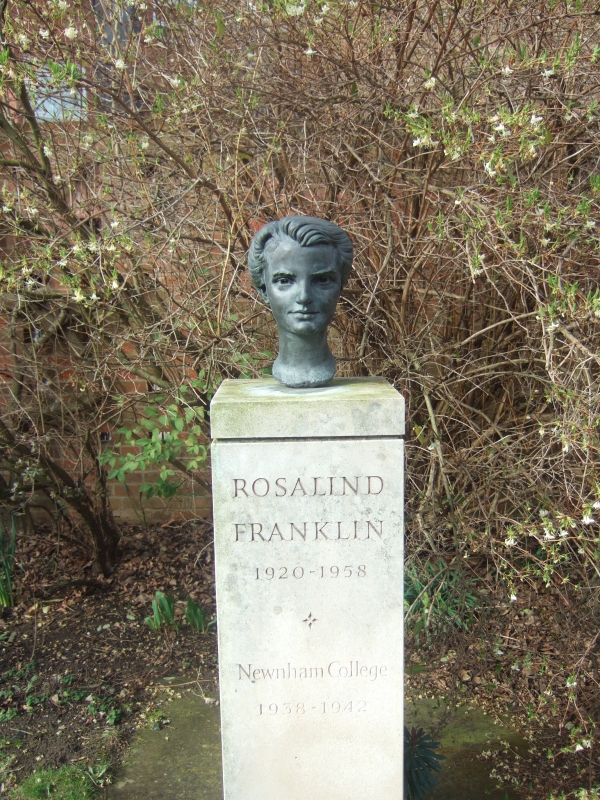 A final Cambridge location for Franklin-enthusiasts can be found in the Churchill College archives, housed in the architecturally fascinating college designed by modernist architect Richard Sheppard. The sleek and fascinating archives houses the largest collection of Franklin’s work, images and writings. Still there is a lot of work to be done regarding Franklin’s life and legacy. By visiting Franklin’s Cambridge at the Eagle, Newnham and in the Churchill archives, the visitor will hopefully be inspired by this inspirational, important and gifted scientist who happened to be a woman in a time of men. 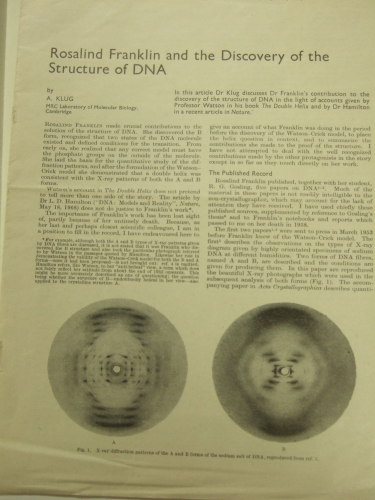 Rosalind Franklin images and texts from the Churchill College Archives.