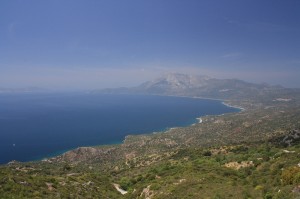 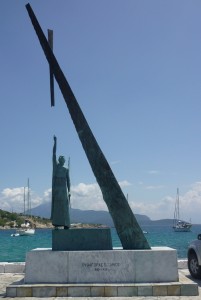 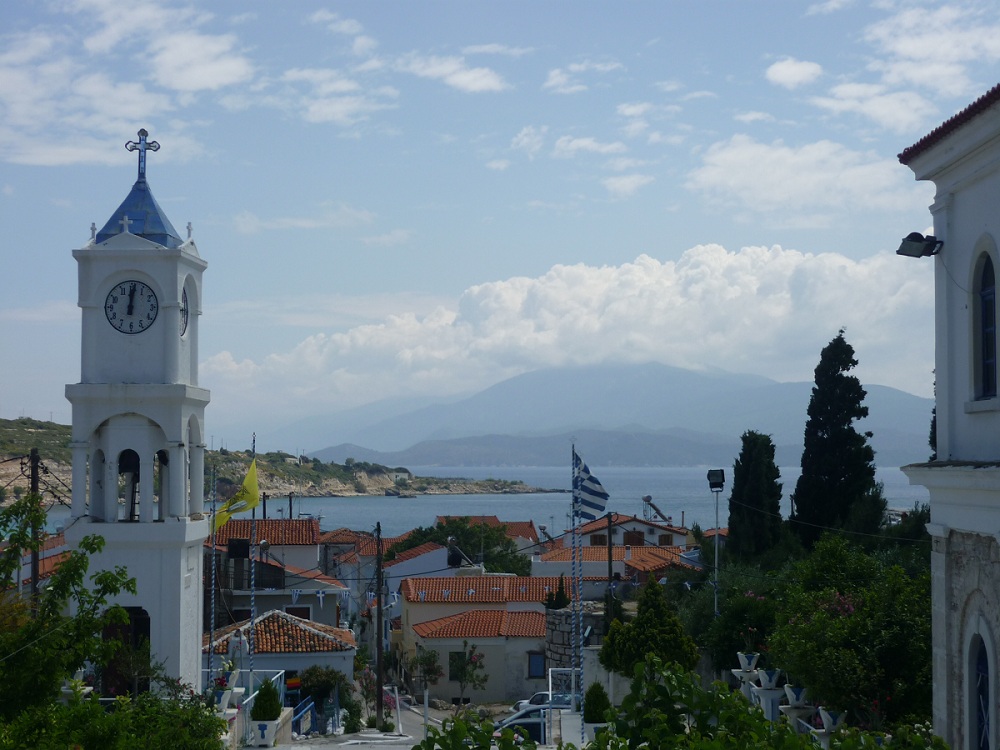 View from Pythagorio with Greek flag