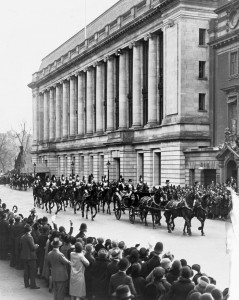 The Science Museum holds the national collections in science, technology, industry and medicine. The huge size and range of the collections is best illustrated by the Museum’s flagship Making the Modern World gallery on the ground floor, where Stephenson’s Rocket locomotive, Crick and Watson’s DNA model and the Apollo 10 command module (on loan from the Smithsonian) are amongst the parade of ‘icons’ in the central aisle. For a more rewarding gallery visit, veer off the beaten track and browse the hundreds of objects in the gallery’s side aisles, which cover historical series and technology in everyday life.

Most visitors to the Museum, unsure where to start in such a large building, tend to congregate on the ground floor. It’s easy to spend an entire visit here, taking in the Energy Hall’s steam engines and James Watt’s workshop, and the Exploring Space gallery, featuring Britain’s Black Arrow launcher and a sample of moon rock. But there is much more to be found on the quieter upper floors. Amongst the hundreds of timepieces in Measuring Time (first floor) are fragments of a Byzantine sundial-calendar – the second-oldest surviving gearing known after the Antikythera Mechanism – and the Wells Cathedral Clock, still running after more than 600 years. On the second floor, History of Computing boasts part of Charles Babbage’s brain alongside the Museum’s reconstruction of his Difference Engine No. 2. On the third floor, highlights of the Flight gallery include Amy Johnson’s Jason 1 Gypsy Moth and Alcock and Brown’s Vickers Vimy, while Science in the 18th Century showcases King George III’s magnificent collection of scientific instruments and demonstration apparatus, next door to today’s scientific demonstrations in the ever-popular Launchpad. The fourth and fifth floors are dedicated to the Wellcome Museum of the History of Medicine and contain thousands of objects. (Note: the Wellcome Collection now has its own premises on Euston Road, but the collection remains in the care of the Science Museum by long-standing loan. It is so large and varied that there are more than enough objects to display at both venues). 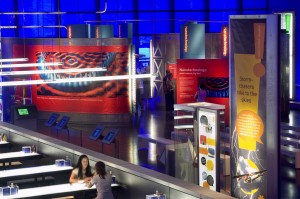 It has often been said that the Science Museum serves a second function, as a museum of museology. Display styles span a range of museological trends, from the 1950s dioramas in the Agriculture gallery (first floor) via the 1980s tableaux of Glimpses of Medical History (fourth floor), to the recently-updated exhibitions on contemporary science in the Wellcome Wing, featuring extensive new media interpretation of genetics, climate change and the latest science news. The Museum is embarking on a new masterplan to redevelop the whole South Kensington site, so catch the older galleries while you still can. While the masterplan is being developed, permanent displays of the physical sciences are rather sparse, with those collections largely moved to storage. They can be viewed by appointment.

As with most large national museums, fewer than 10% of the Museum’s collections are on display at any given time, and the reserve collections are displayed in turn via a series of special exhibitions. As of 2012 these include exhibitions on Alan Turing (entrance hall mezzanine), alchemy (second floor), and astronomy (first floor). A series of interventions throughout the Museum re-examines the displays through the lens of climate change, and a regular programme of contemporary art exhibitions and events provide alternative takes on the themes explored by the main collections.

Peter J.T. Morris (ed.), Science for the Nation: Perspectives on the History of the Science Museum, Palgrave Macmillan, 2010.