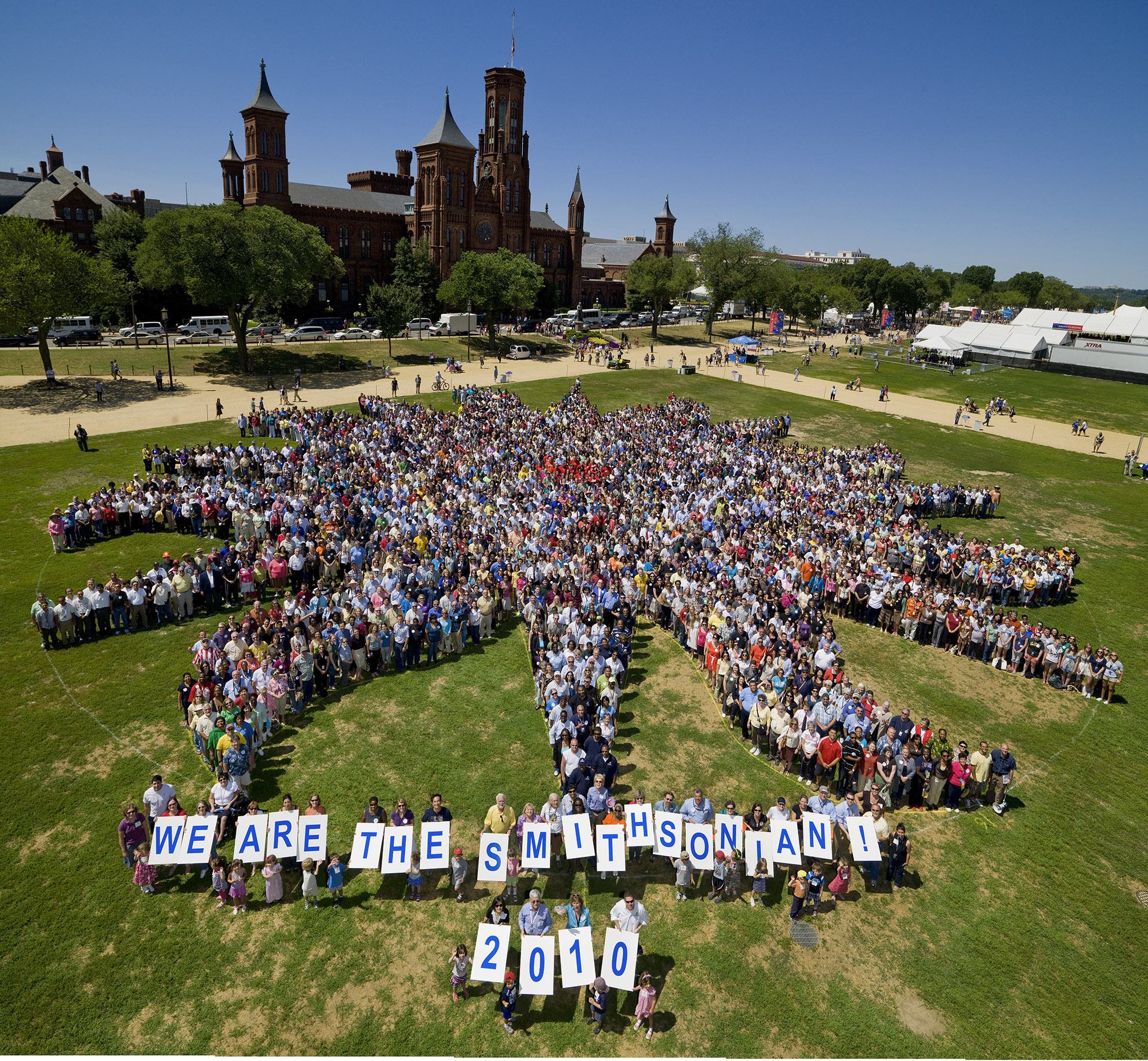 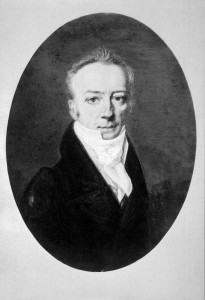 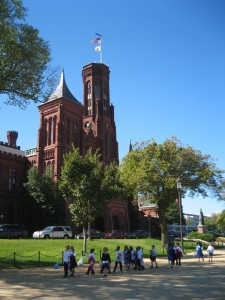 The Castle from the National Mall. (Photo by Thad Parsons) 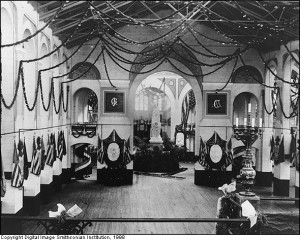 The interior of the new United States National Museum building, now the Arts and Industries Building, decorated for President James A. Garfield and Chester A. Arthur's Inaugural Ball, March 4, 1881. This was the first event held in the building. Electric lights were strung along the ceiling and the statue of America in the rotunda held an electric lamp in her hand. Buntings and flags decorated the walls and a wooden floor was laid for the event. (Photo courtesy of the Smithsonian Institute) 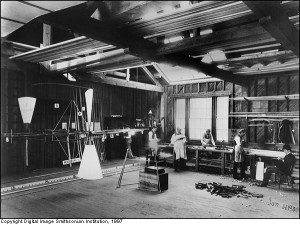