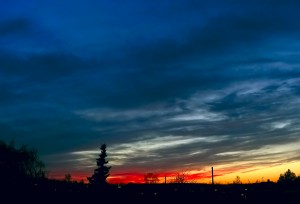 Ole Remer was born in Arhus (in Jutland), where a street is named after him, but the most important memorial is a national one at Vridslesemagle, just north of the town of Tastrup, where the remains of Remer’s old observatory were uncovered in 1978. The site has been converted into a monument, with a fine statue of the astronomer, his eyes raised proudly to the skies. There is a museum about 1,000 feet (300 m) away. It is an impressive place despite operating on a shoestring budget, with good explanations of the instruments Remer devised and why some of them were better than Tycho Brahe’s a hundred years earlier and why they are not as good as instruments we have today. Some modem astronomical devices are shown as a basis for comparison. Star gazing evenings open to the public are held here once a week during the winter.

The most spectacular items in the museum are replicas of the “Planetarium” and the “Eclipsareon,” two instruments designed by Remer during his stay in Paris and constructed for him by the Paris clockmaker Isaac Thuret. The planetarium is the first device of its kind that was built according to the Copernican heliocentric system, with the earth as one of the planets circling the sun. The eclipsareon shows the motions of the moon, earth, and sun. Its unique feature is that it includes offset cams, by means of which the elliptical path of the moon and the varying speed of its motion can be represented. Both models are in perfect mechanical order and can be put in motion by the visitor, by turning a handle in one case and by means of an electric motor in the other.

The two machines were immensely popular in Remer’s lifetime and many copies were made. Jesuit missionaries took copies in the 1680s to the shah of Persia, the king of Siam and the emperor of China. They were especially appreciated in China, where lunar and solar eclipses were central to religious festivals and the ability of the eclipsareon to predict them accurately was thus a great boon. Remer’s original planetary engines fell into disuse after his death. Their mechanism rusted, their metal was vandalized, and they were moved to the Round Tower in Copenhagen, where they were destroyed by Copenhagen’s great fire of 1728, when one third of the city went up in flames.

The Vridslølsemagle site was picked out by Remer himself in 1704, and it is still obvious today why one would want to put an observatory here. The ground is slightly elevated (by Danish standards), with picturesque farmland on all sides. The sky in good weather is crisply clear, and in 1704 sky is all you would have seen at night for miles around. Today, of course, the lights of Copenhagen blot out the stars toward the east. (It should be noted that the observatory foundations were built below ground level for optimal stability and were lost for more than 200 years. It proved no easy task to locate the remains in 1978.)

By Charles Tanford & Jacqueline Reynolds The historic laboratory, built in 1897 and the principal place of research