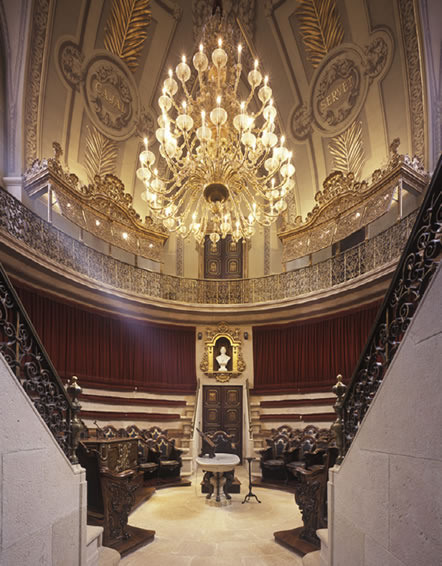 A hidden secret lies in the heart of Barcelona. All tourists that visit the city walk down the famous “Les Rambles”, enjoying its flowers, human statues, and curious personalities. Many of them also wander around the nearby Raval, an exciting but traditionally marginal quarter that is now a combination of prostitutes, nightlife, trendy shops, and immigrants from all over the world. Maybe some also visit the old “Hospital de la Santa Creu” garden. They might even notice that are in one of the most ancient hospitals in the world, from the early 15th century. In the garden they can have an “Estrella” beer on a terrace while enjoying one of Barcelona’s many sunny days, gazing at the magnificent Gothic wings of the Hospital – now Catalunya’s National Library. But very few of these tourists, that admire Gaudi’s architecture all over the city, realize that one of the hospital buildings obscures an astonishing 17th century anatomical theatre, the Sala Gimbernat. This is a secret that remains unknown even to many of the locals.

– The “Sala Gimbernat” brings us to almost 250 years ago. Image licensed under Creative Commons.

Now one of the few anatomical theatres preserved around the world, the origins of the Sala Gimbernat can be traced back to the medieval period. Already during the 15th century, a wooden anatomical theater existed in a predecessor of the Barcelona University called “Estudis Generals” that was situated in the top of “Les Rambles” which did not then exist. From there it was moved to a location near the so-called “corralet”, the hospital cemetery. This was done for two reasons. First, the “Estudis” were covered with an unbearable whiff coming from the anatomical lessons, even though they were only performed in winter due to the hot Mediterranean summers. Second, the new site was excellent, as the freshly dead corpses from the Hospital, together with those unclaimed sentenced to death, kept the anatomical theater in plenty supply!

Yet, not much is known about this primitive wooden anatomical theater. After approximately two hundred years, in 1714, Catalans lost against the Bourbon King Philip V at the end of the War of the Spanish Succession. Then, the “Estudis Generals” were moved out of the city as a retaliation for the students’ strong fighting during the siege of Barcelona. As a result, the anatomical theatre was left without users and turned into a warehouse. It was not until more than forty-five years later, in 1760s, when surgeons were needed due to wars in the Americas, that the Catalan surgeon Pere Virgili (1699-1776) promoted the creation of the Royal College of Surgery of Barcelona, the second of the state after the Cadiz one. 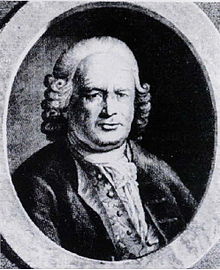 Of course, the College needed a proper anatomical theatre, so one was built out of concrete approximately in the same location as the former wooden theatre, near the “corralet”. With few nineteenth century upgrades, this theatre is what we can still visit today. A wonderful marble rotating table that allowed the lecturer to show the anatomical details to the students dominates the centre of the theatre. In the middle of the table, a hole drained the blood and other bodily fluids. It seems that beyond students, the general public was also interested in the lectures, as shown by the presence of an elevated walkway, allowing for extra attendees. Behind lattices, upper class people and nurses from the Hospital were able watch the dissections without being seen or intrusive.

The theater was named after Antoni Gimbernat (1734-1816), another Catalan anatomist known for laying the groundwork for modern techniques of inguinal hernia repair. In the Sala, lecturing for five years, was also Santiago Ramón y Cajal (1852-1934) first Spanish Medicine Nobel laureate in 1906 for his pioneering work on the structure of the brain, primarily made during his time in Barcelona. 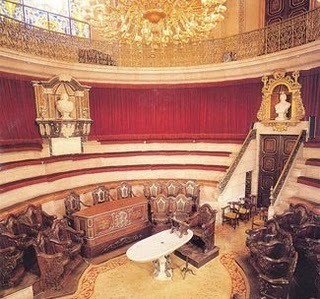 Eventually, the medieval cementery, the “corralet”, became a children’s playground and the theatre was only used in the meetings of the Catalan Royal Academy of Medicine. Every now and then, the site hosts some theatrical performances that use the dramatic power of the venue. With its splendid glass lamp and all the history that surrounds the place, the Sala Gimbernat is an imposing anatomical theatre waiting for visitors along Barcelona’s medieval streets. If you pay a visit, perhaps you will even notice a strange putrid smell… 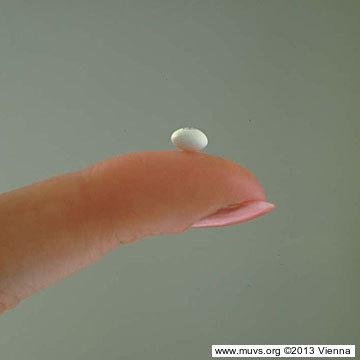